Aglow began in 1967 with four women who expressed a desire to meet together as Christians without denominational boundaries. The first general meeting was held in Seattle, Washington, USA, close to where Aglow’s Worldwide Headquarters exists today.The meeting drew more than 100 women to the Meany Hotel close to the University of Washington campus. It didn’t take long for women who attended that first meeting to invite their neighbors and friends to gatherings in other communities surrounding Seattle. As the word spread, new groups began springing up around Washington state, and within months, groups formed in other U.S. states.

By 1972, more than 60 local groups held monthly meetings around the U.S. By 1973, Aglow was moving onto the global stage as fellowships began in Canada, and New Zealand. The Netherlands followed in 1974, marking Aglow as an international “network of caring women,” in just six short years.

Today, Aglow spans the globe! And it continues to reach out to women – and men – of every creed, color, and culture, and, through women especially, to families worldwide. Over 4,600 Aglow groups meet worldwide, about 68% of them are outside the U.S. (over 3,000 groups).

More than 22,000 Aglow leaders worldwide minister in their communities and nations, to an estimated 17 million people each year. Today, indigenous leaders are overseeing Aglow groups in nearly 170 nations. 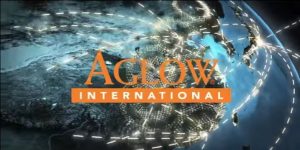