OPENING SESSION:  We began our first full day in Israel with a Opening Session at the hotel with some worship and a message from our President, Jan Hansen Hoyt. 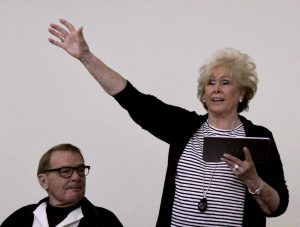 We are working on our video skills (smile) So bear with the beginning of this one. Its gets better!

In Israel’s historic 70th year as a nation, we visited Independence Hall where, on the 14th of May in 1948,  (just before sundown) David Ben Gurion read Israel’s Declaration of Independence, celebrating the restoration of the first nation in history to become a nation again after 2,000 years of ceasing to exist.  He declared the establishment of the State of Israel in the home of the first mayor of Tel Aviv, Meir Dizengoff. We viewed a short movie about the days leading up to the event and then entered the actual room where dignitaries, journalists, and leaders of the Jewish people in Palestine were packed in to hear the declaration on that May day. A tour guide gave a fabulous presentation reliving the drama and the excitement of the events. It felt like we were there when it happened! 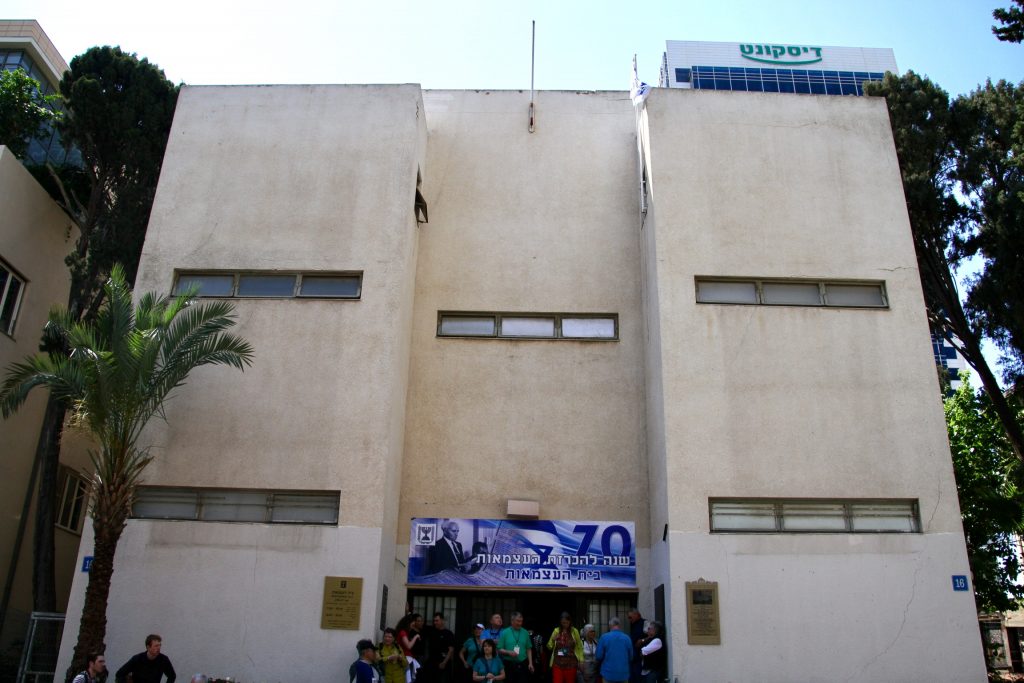 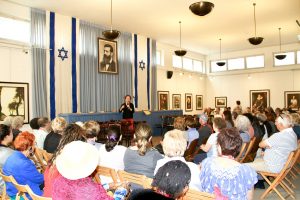 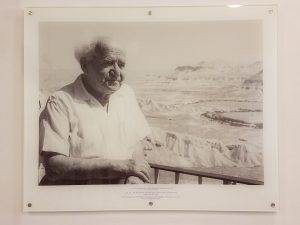 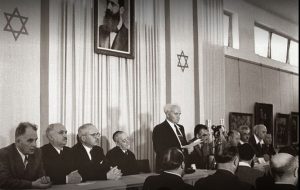 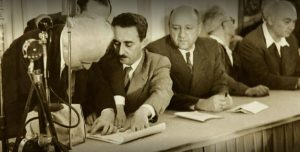 We are here in Independence Hall hearing the Jewish National anthem: Hatikva.

The talk  culminated with the actual voice recording (ABOVE VIDEO)  of David Ben Gurion’s declaration and the playing of Hatikva (The Hope), the national anthem of Israel. That day in 1948 the orchestra that had gathered in the upper floor ready to play that song for the first time as the Jewish State.  Israel had become a nation again after 2,000 years of ceasing to exist. 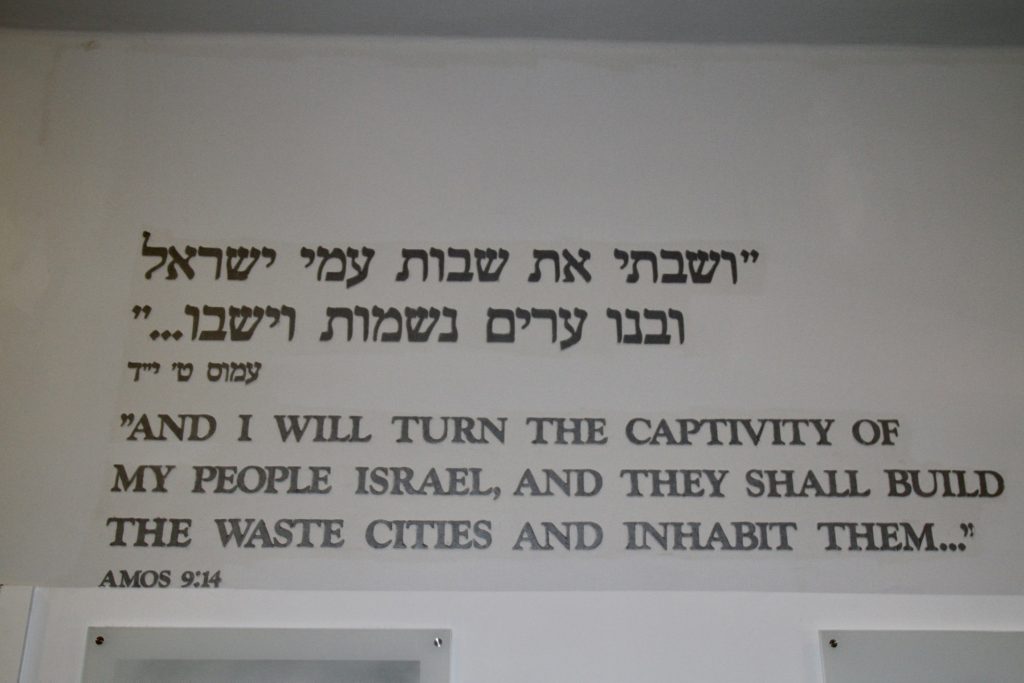 This verse from Amos has been fulfilled!

We visited Emmaus.  It is the town mentioned in the Gospel of Luke.  Luke reports that Jesus appeared, after his death and resurrection, before two of his disciples while they were walking on the road to Emmaus.  We spent time in the remains of a church that had been built on the site. We broke bread there together.

We had a wonderful time of worship led by Phyllis Fox. 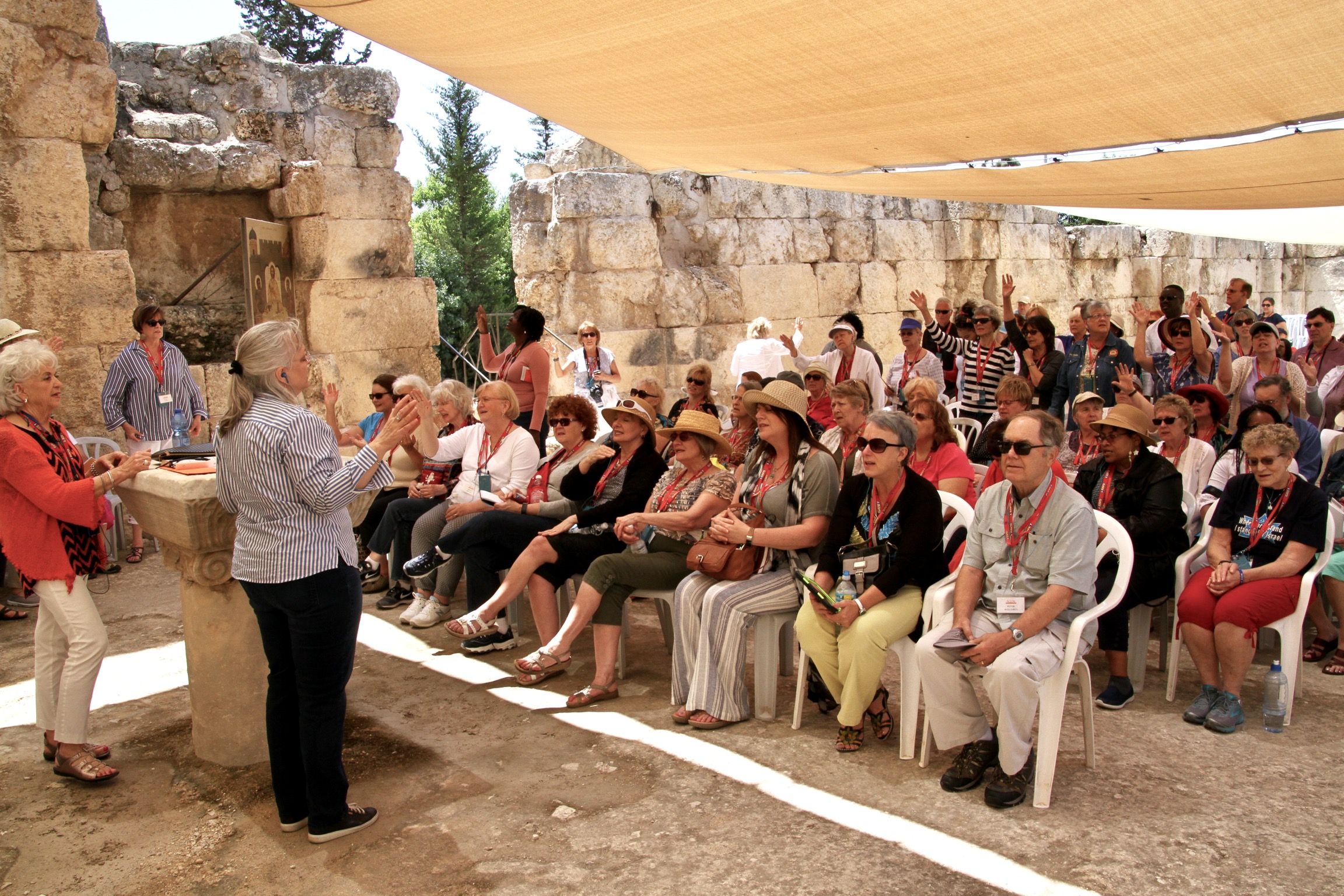 VIDEO (below)  Glenda Fleming brought a message using the scriptures of what took place here.

We broke bread together. 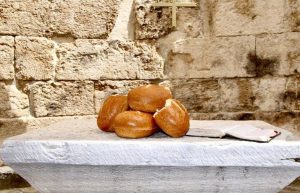 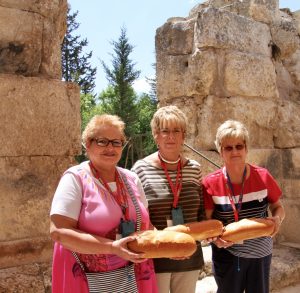 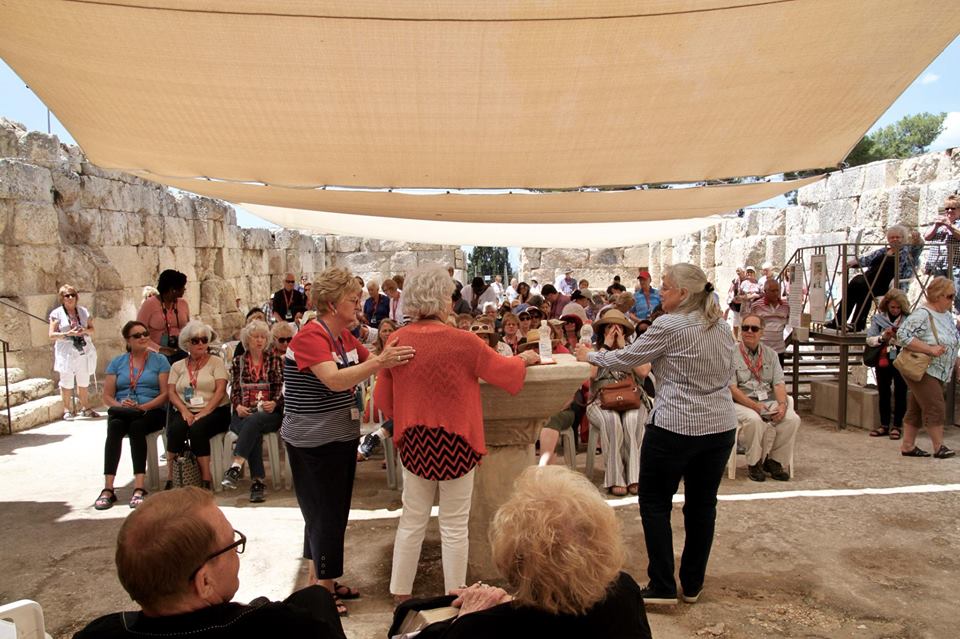 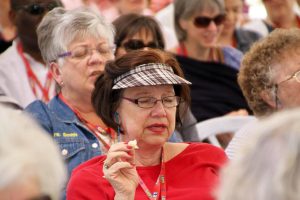 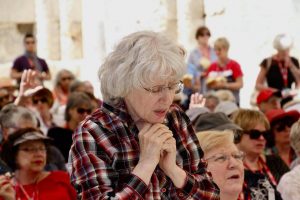 Jaffa is where Peter received the revelation that God accepted Gentiles into belief of Yeshua as Messiah. 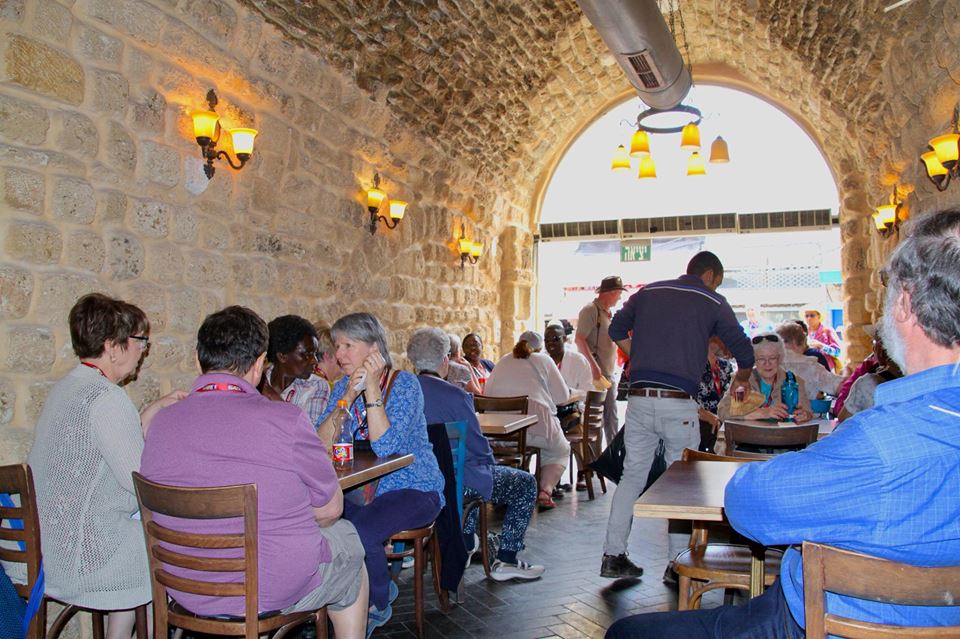 Mount Carmel– This is where Elijah challenged the 450 prophets of Baal calling down fire! A huge impressive statue of Elijah greeted us. We climbed the stairs leading to a concrete platform large enough for the travelers on all the buses. The 360-degree view was spectacular — one of the best in all of Israel, especially southern Galilee. Below us was the Kishon Brook. There Elijah commanded the water to be carried drenching the altar and sacrifice. Mt Carmel is actually a high point on a coastal range. It was strategic to the Jezreel Valley. The  three passes through the mountain became significant routes of travel in the ancient world. 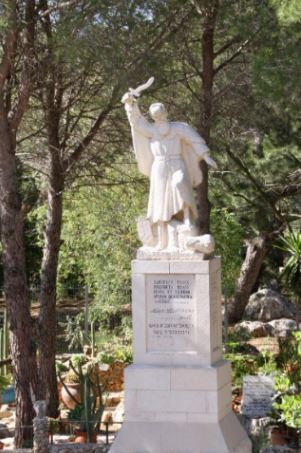 Statue of Elijah the Prophet 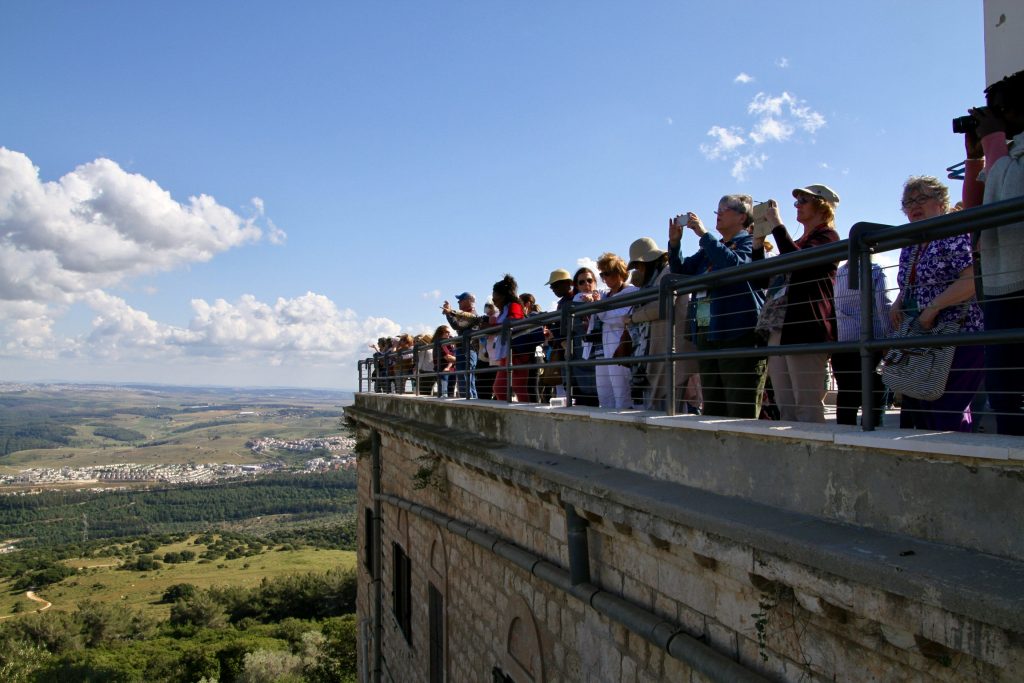 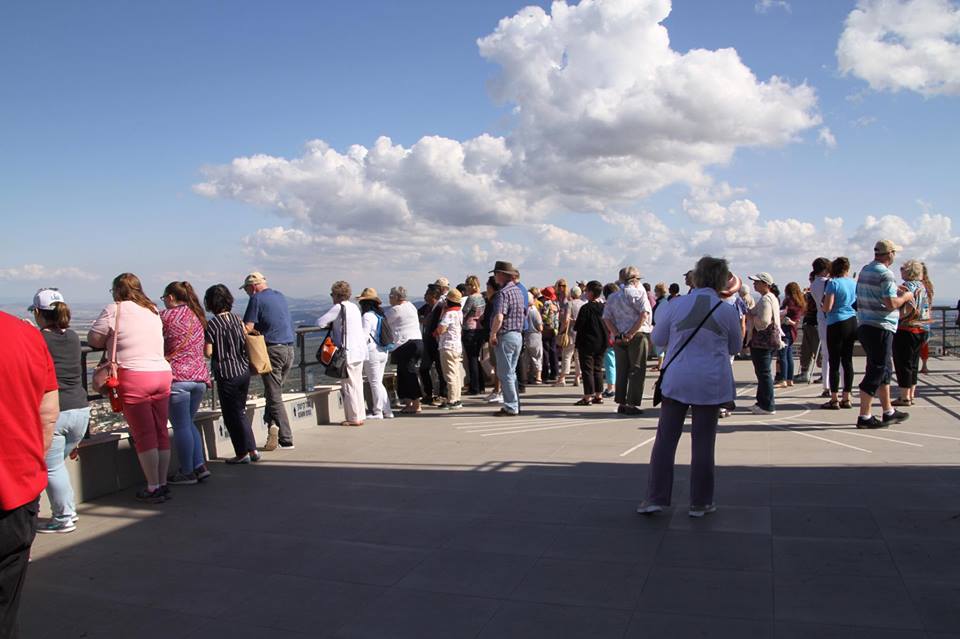 As we stood on Mt. Carmel, we had a wonderful view of the Jezreel Valley that will host the final great battle of  Armageddon. 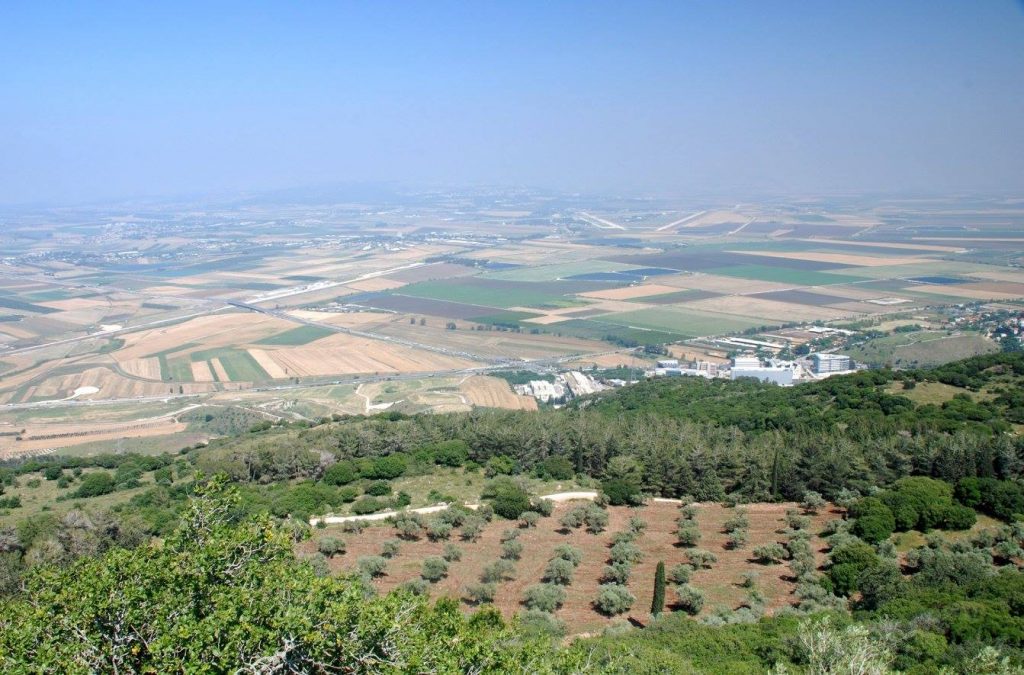 We arrived at the Gai Beach Hotel in Tiberias overlooking the Sea of Galilea.  What a view!

Our day was packed with memories to be relived over and over. 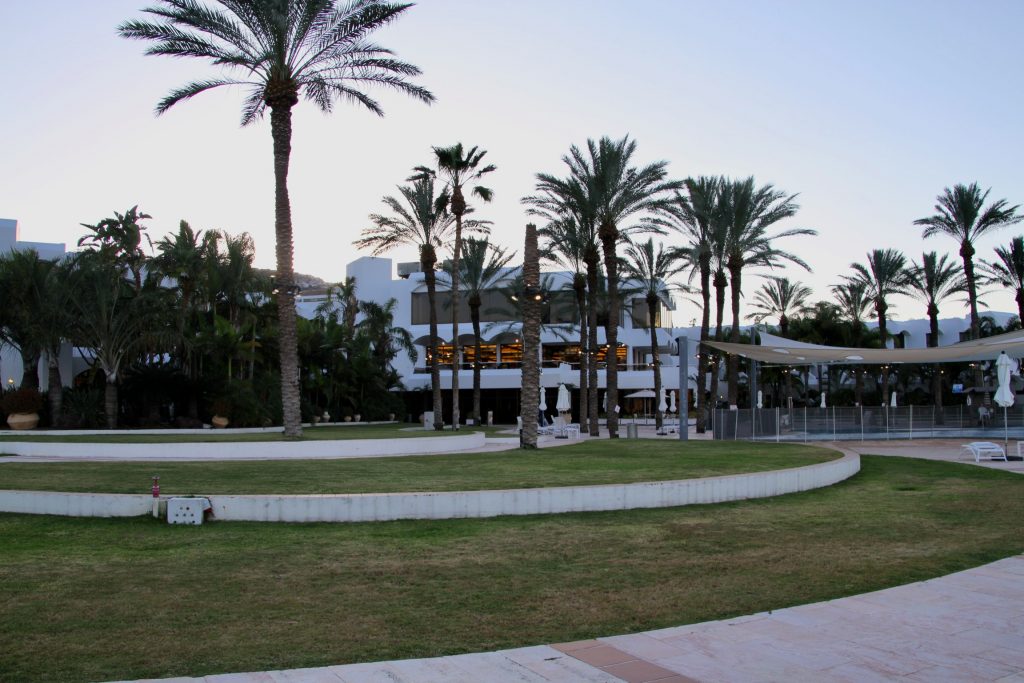 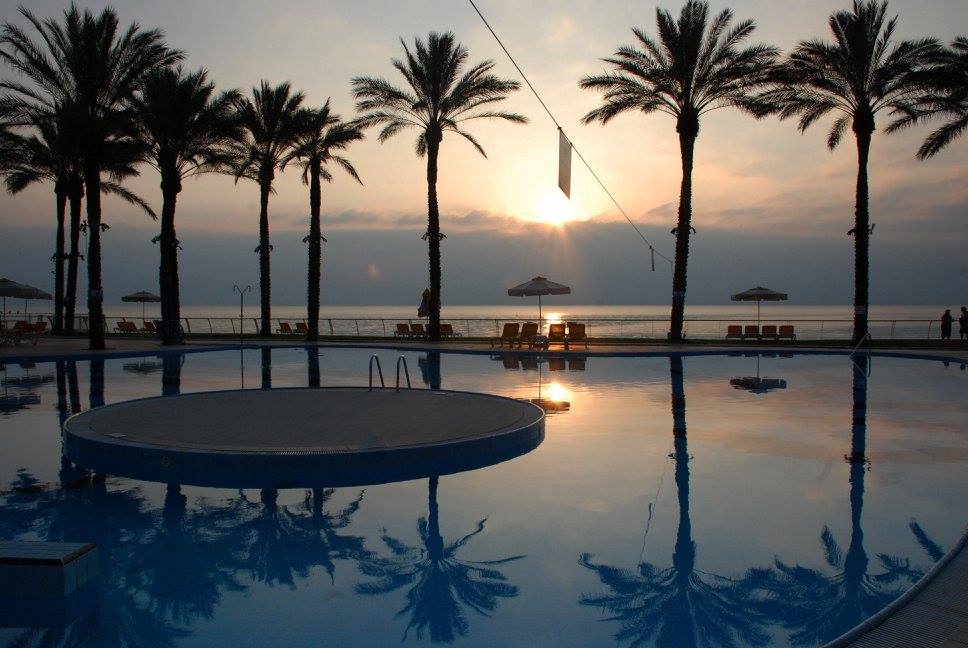 (Kay Rogers:) Why I love the Gai Beach Hotel. It sits right on The Sea of Galilee and is beautiful. It is 6:15 in the evening and a lovely 75 degrees. Our Aglow group is just arriving and I know they will feel very refreshed here.