We began our last day at Friends of Zion Museum 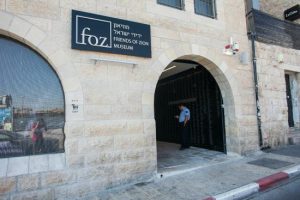 The FOZ Museum tells the story of non-Jewish support for the State of Israel and the Jewish people. This hour-long tour invited us to meet non-Jewish Zionists through colorful exhibits and state of the art interactive displays that combined music, visuals and sound.  We learned how people believed the promises in the Bible and used their influence and money to make a difference. These were people from the world of business and academia, and even  military officials who made a true difference.  In other words, they all said, “Here am I Lord, use me.”

Waiting outside before our turn to enter.

16 sec. video below: An example of the display is Queen Victoria who supported the dream of Israel becoming a nation.

This was a very stirring event on our tour. 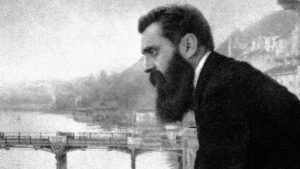 Mt. Herzl is a site of major national importance for Israel and the Jewish people. Israel’s presidents, prime ministers, speakers of the Knesset and other dignitaries decided upon by the government are interred here. As you will see from the following videos and commentary, honor is given to all those who have died serving Zionism and Israel even to this day. Note:  Recognition is given every day of the year for those who died on that particular date. They will not be forgotten. 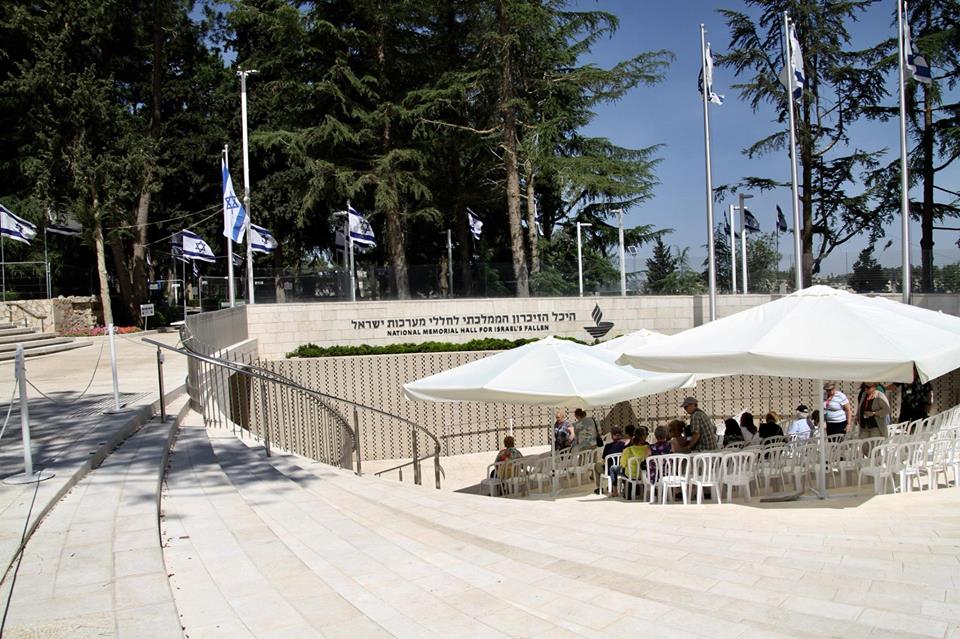 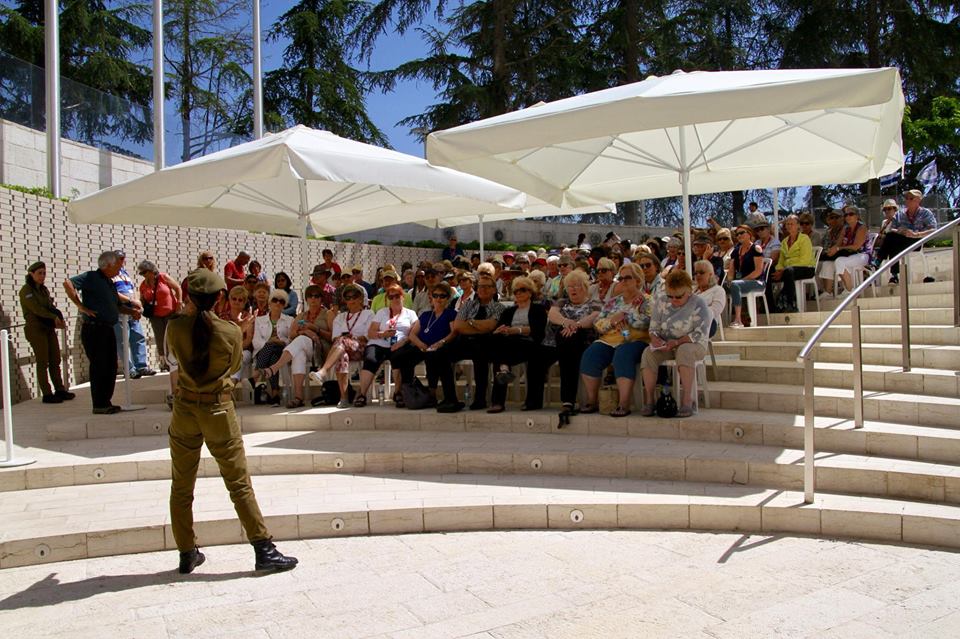 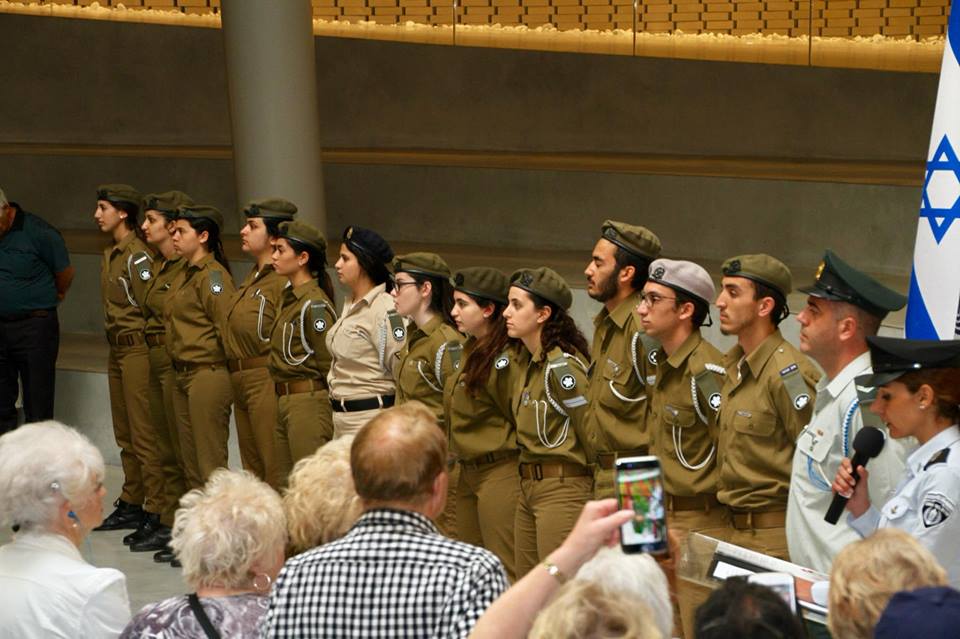 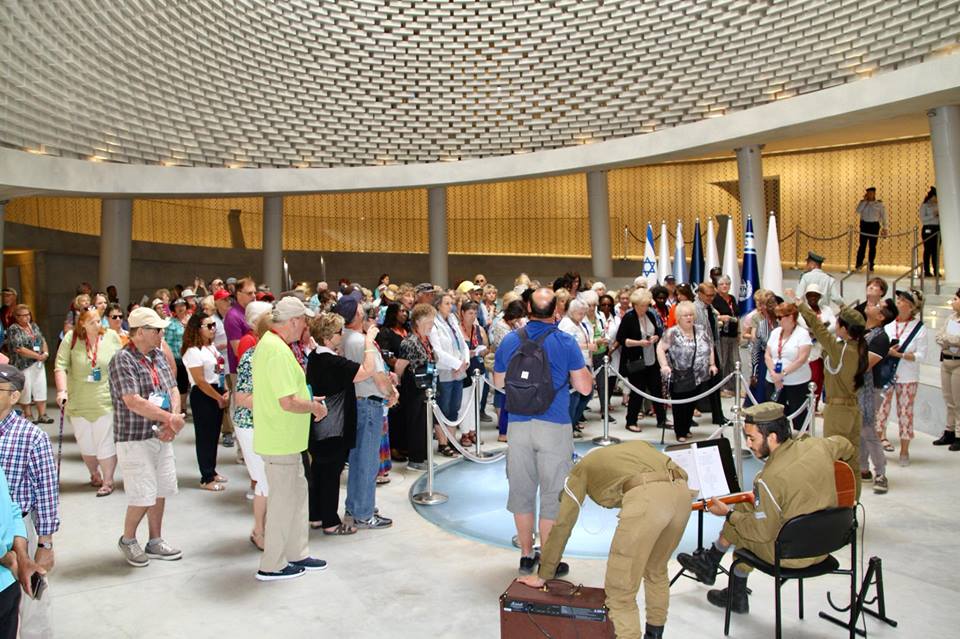 Video below: Wonderful singing in Hebrew

This structure is comprised of plaques for each one who has died for Israel. Our lead guide in Israel is Ezra.  He lost his  son in 2002. 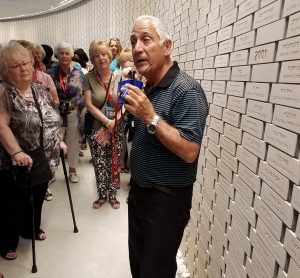 Below:  He is touching the one of his son. 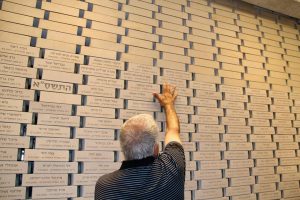 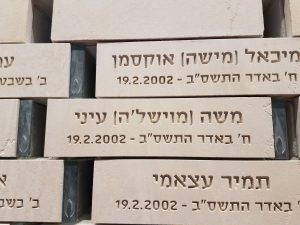 Aglow has a strong connection with Ezra and we mourned his loss when it happened.  He feels our love and support. 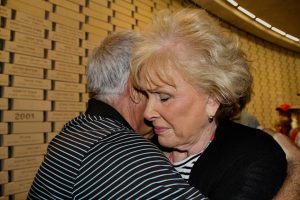 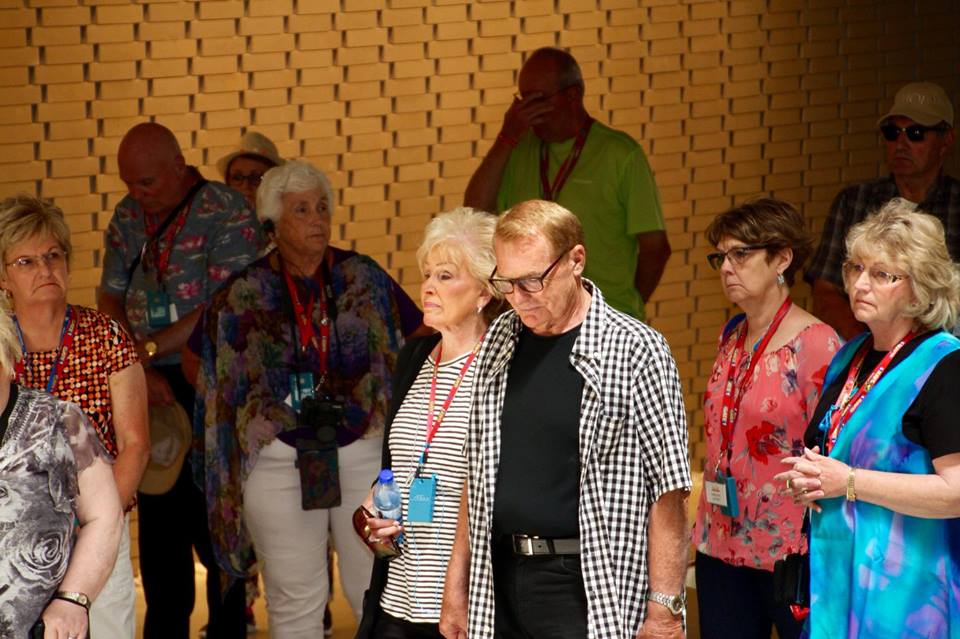 Video:  This is beautiful. Listen to singing  (below)

Video:  From a different view …

Our president, Jane Hansen Hoyt placed a wreath on behalf of Aglow 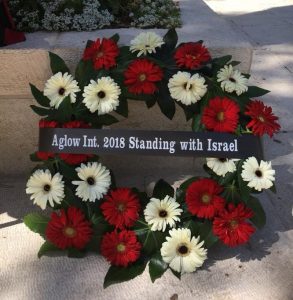 We had a wonderful lunch at Kibbutz Ramat Rachel which is situated on a hilltop overlooking the magnificent panorama of Jerusalem’s Old City, the Dead Sea, and the Judean Hills. This kibbutz was established in 1926 and you can view Bethlehem from there. 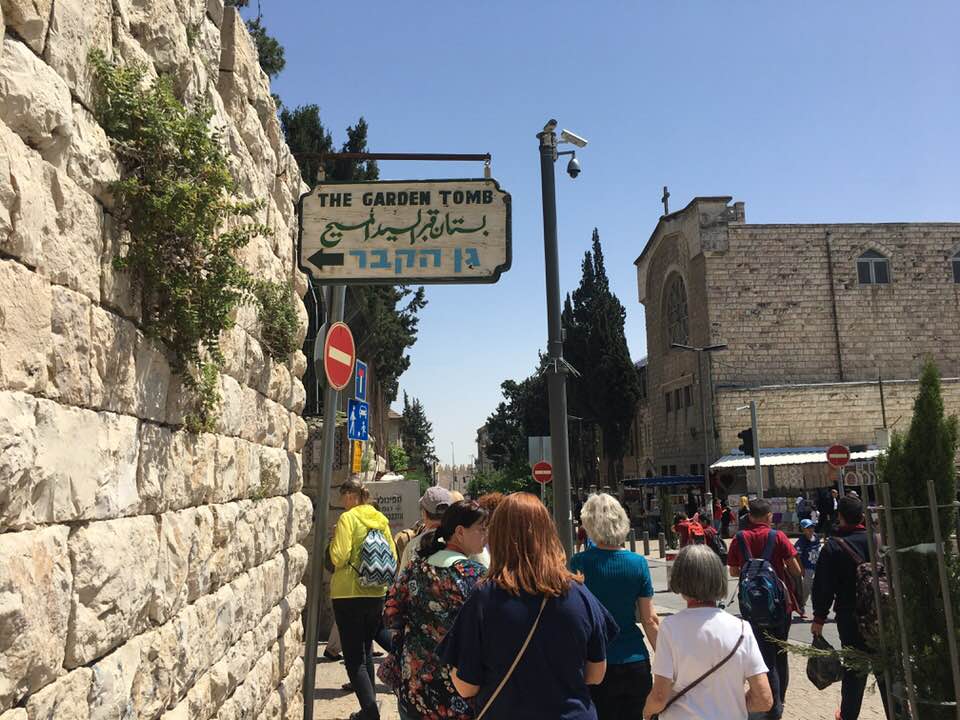 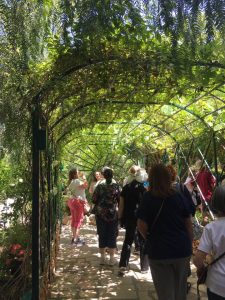 The Garden Tomb, referred to as Gordan’s Calvary, named for a British General George Gordan  who supported the claim that the rock-hewn tomb found in 1867, is the tomb where Jesus was believed to have been buried. It is within a garden outside the city walls. Nearby is located the skull-faced cliff described as the place of crucifixion. It is known as “The Place of the Skull, which in Hebrew is called Golgotha.” The Garden tomb and cliff is referred to as the Protestant crucifixion site and burial as opposed to the Church of the Holy Sepulcher claimed by Roman Catholics and others. John’s Gospel (19:17) The location and surroundings parallel those which are mentioned in the Bible. 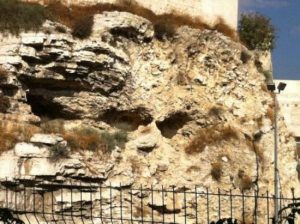 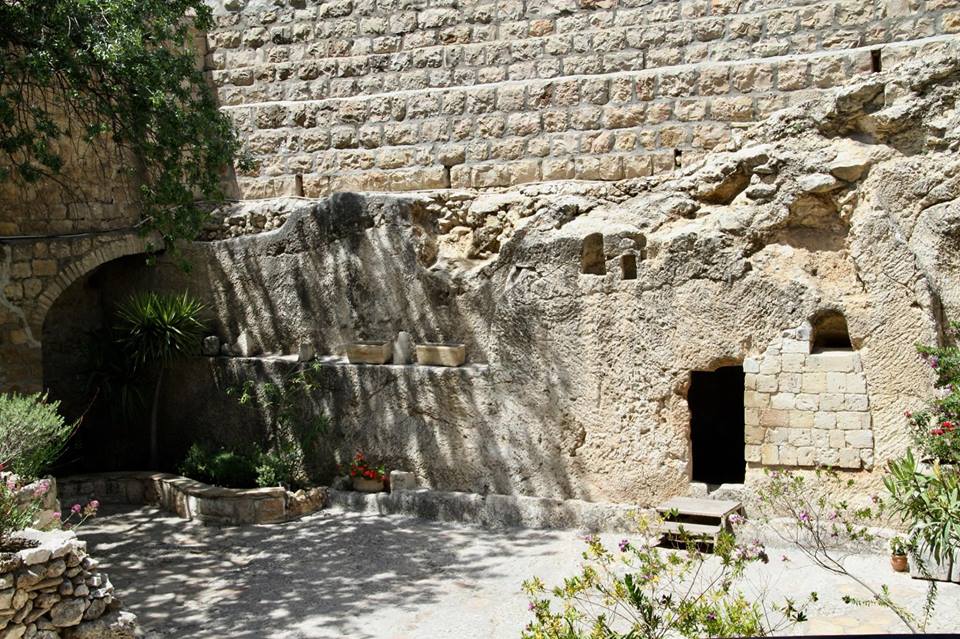 THE TOMB IS EMPTY! 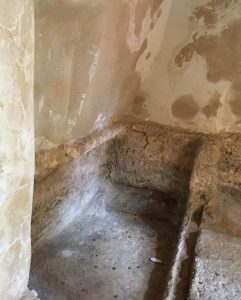 Video of inside the tomb 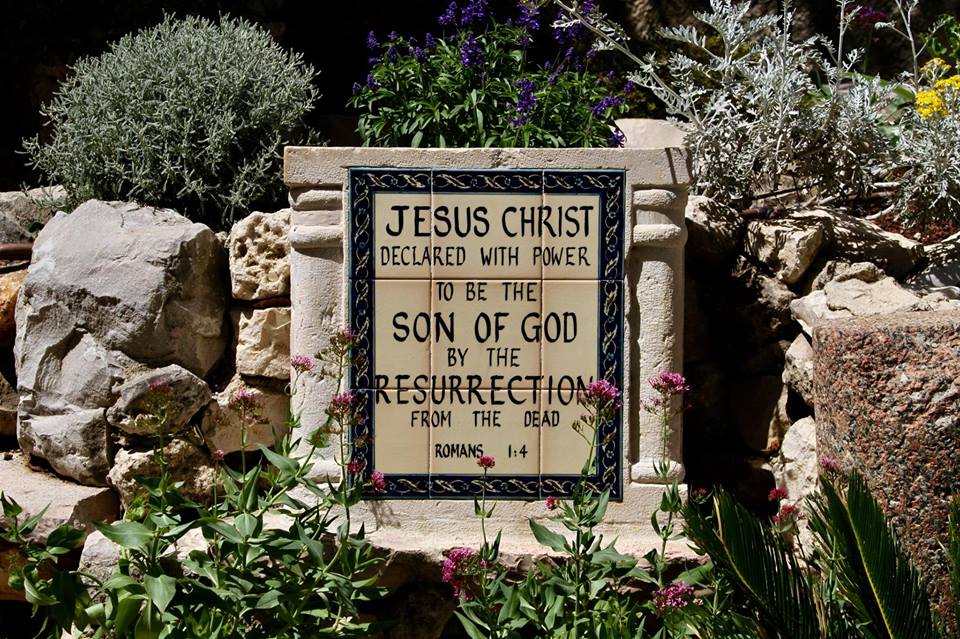 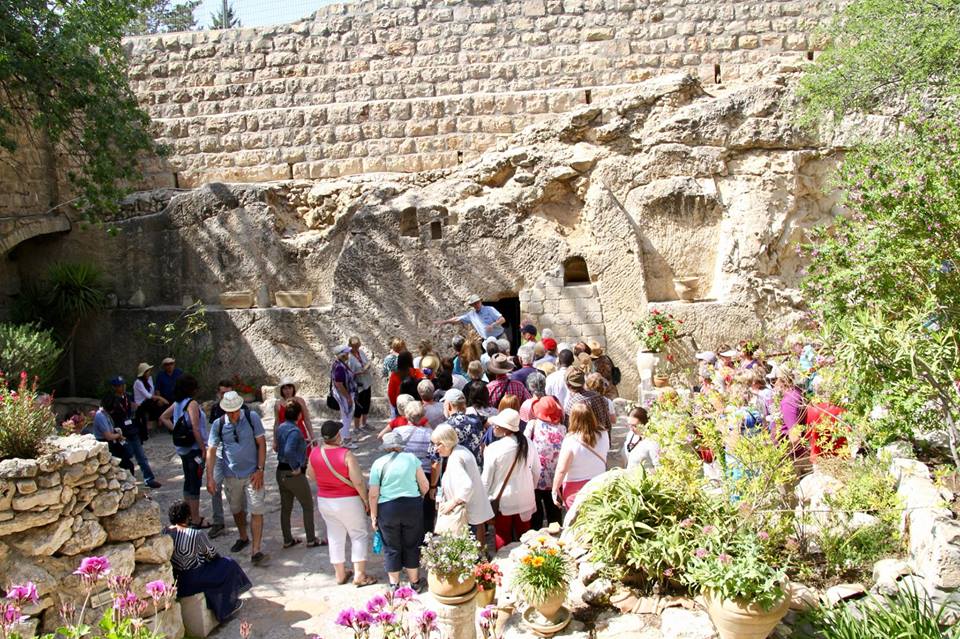 We had a beautiful time as we worshiped and took communion. 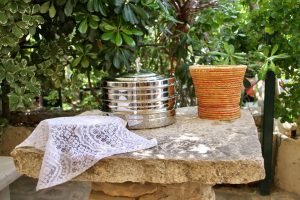 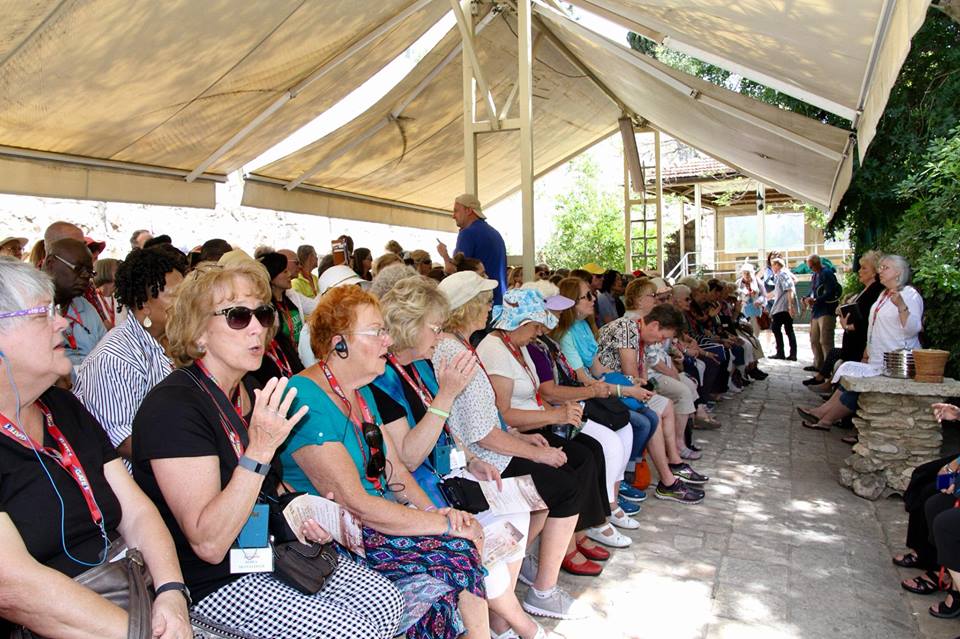 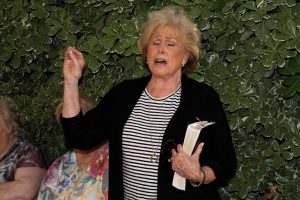 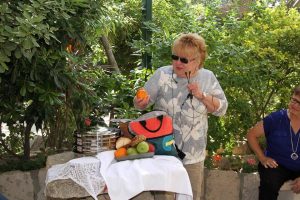 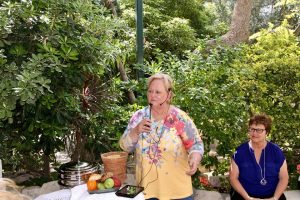 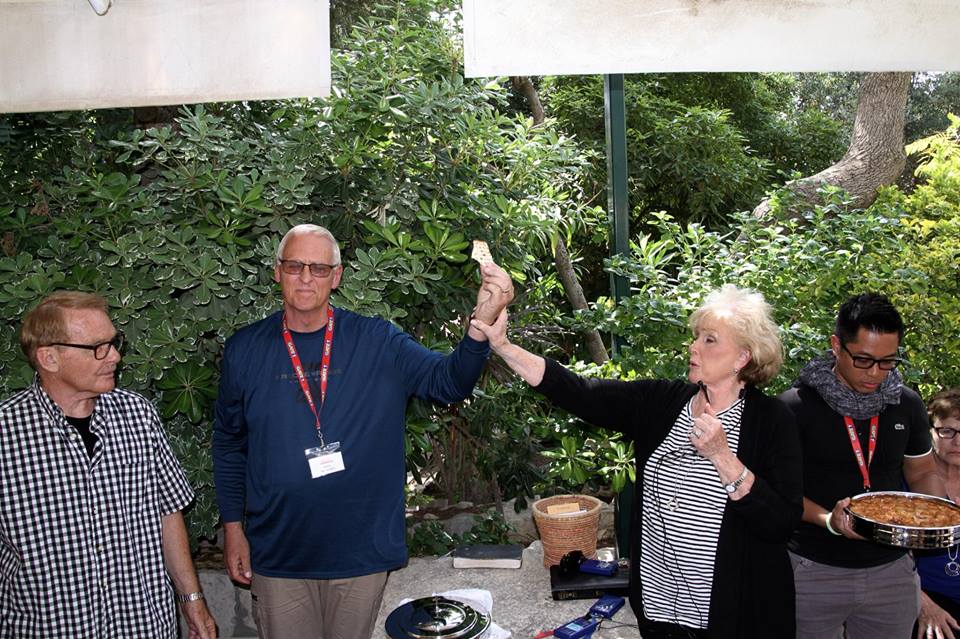 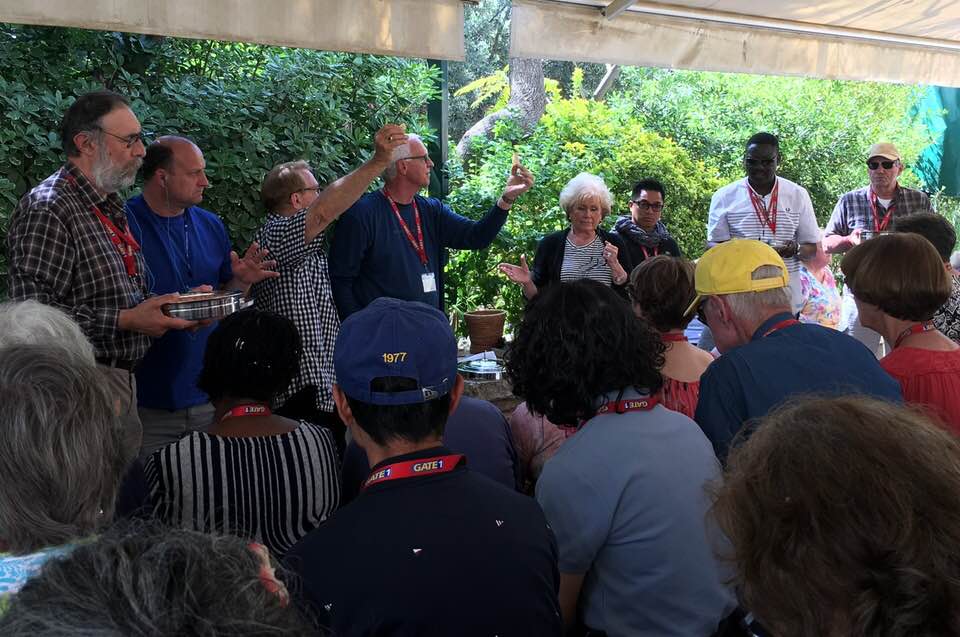 By the time you get this,  most of our travelers have arrived home.

Thank you for viewing the blog and may the Lord bless you abundantly for your prayers! 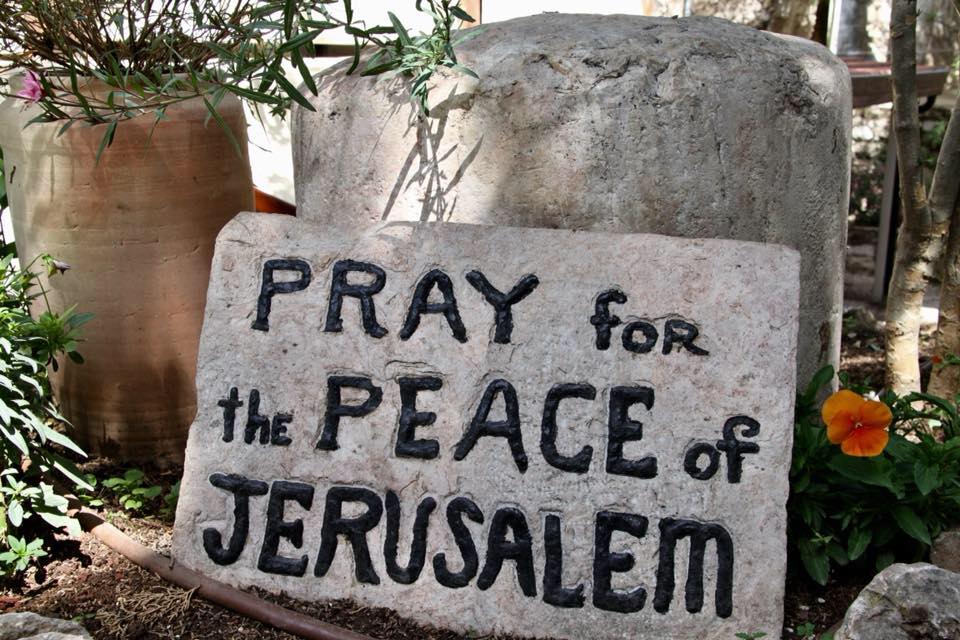