The Mount of Olives

We began the day on the Mt of Olives overlooking the city of Jerusalem.

Singing on the Mt. of Olives. We will let our light shine!

Our chief guide, Ezra, shared with us the entire history of Jerusalem. 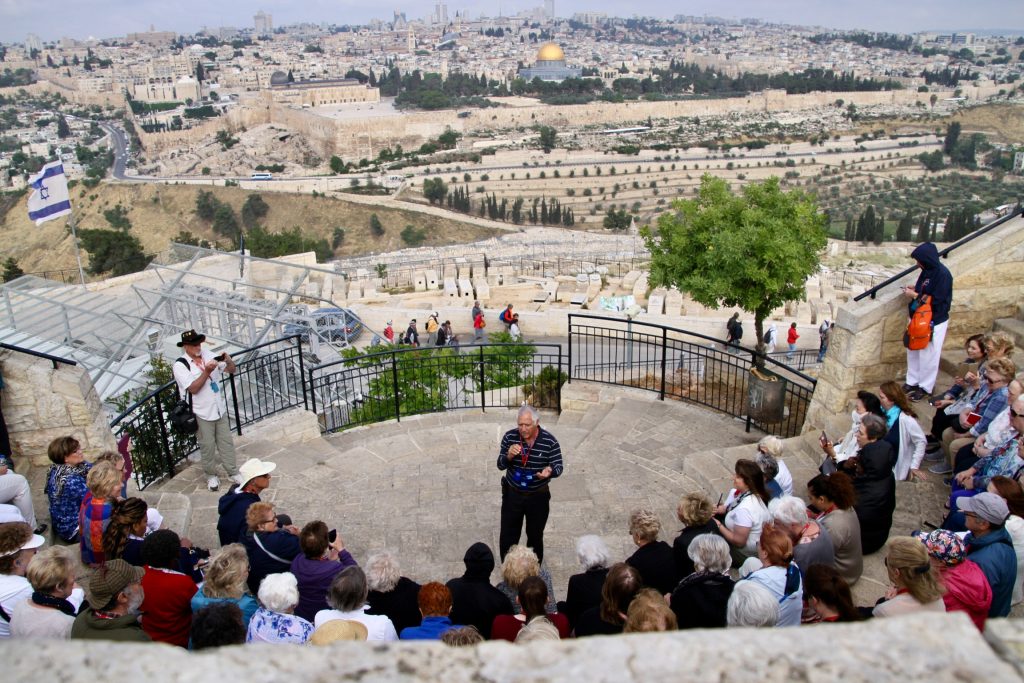 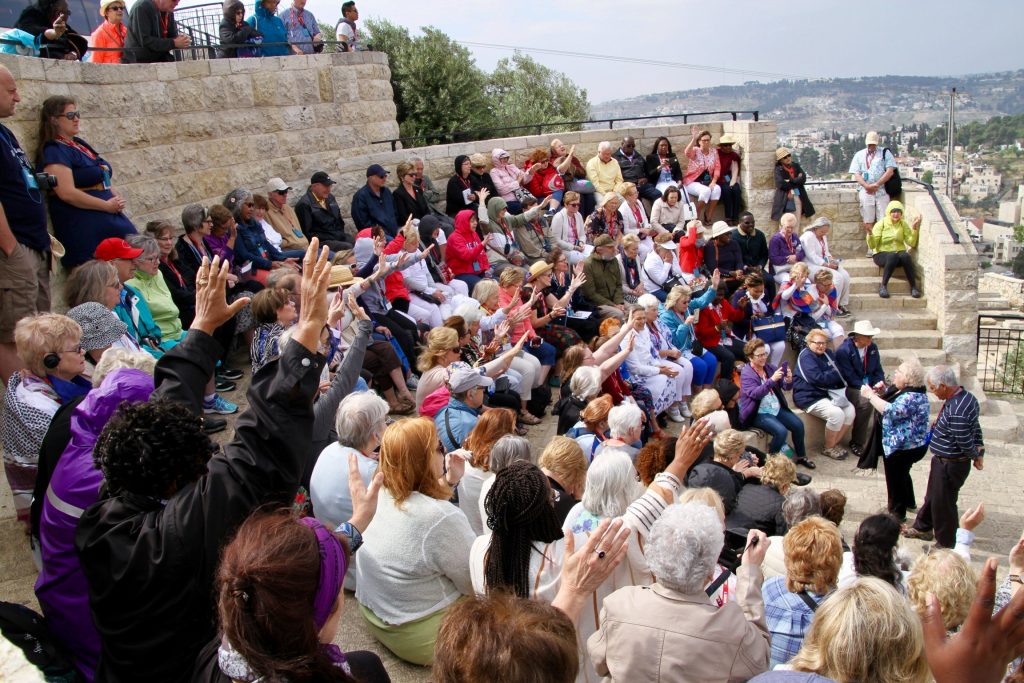 View the video below.

All of Aglow responded in praise!

Leaving the Mt. of Olives, we walked the ancient way to the Temple, singing Hosanna all the way!

We went to the Garden of Gethsemane and Prayer Director, Nancy McDaniel, spoke an encouraging word concerning alignment which positions you to receive the blessings of heaven. Video below

There was time for personal meditation in the garden where Jesus prayed. 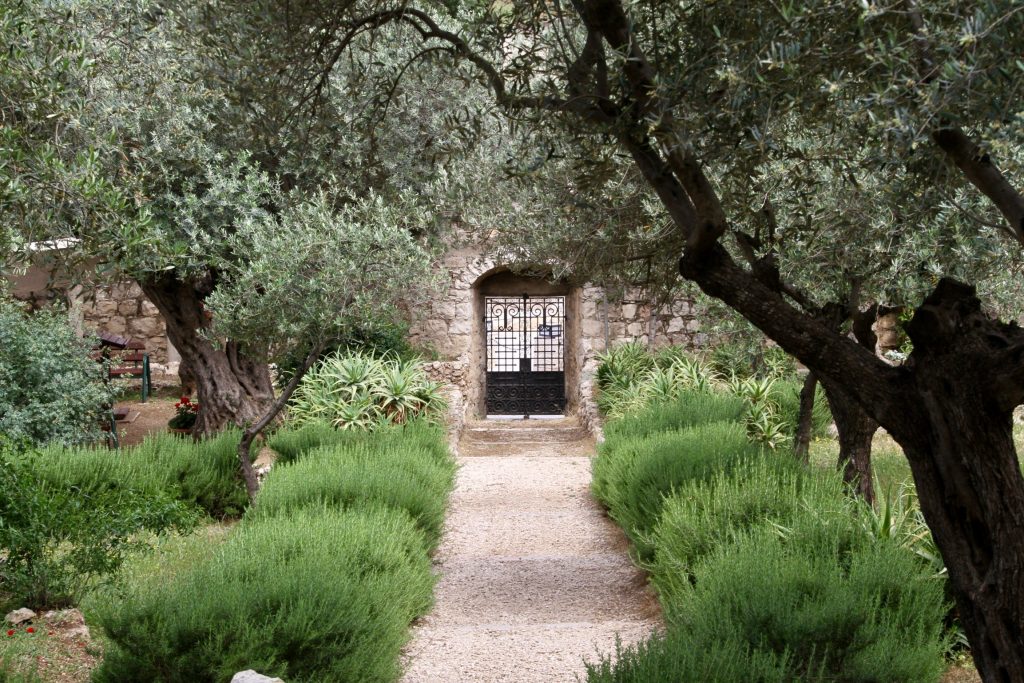 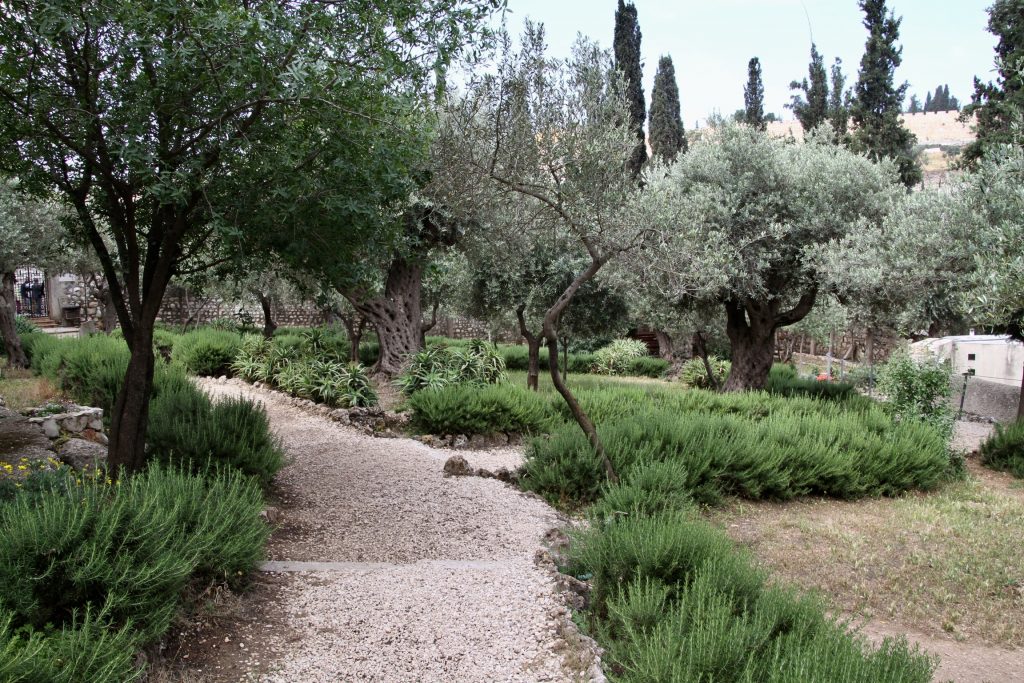 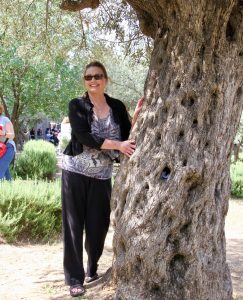 This is a very old olive tree. 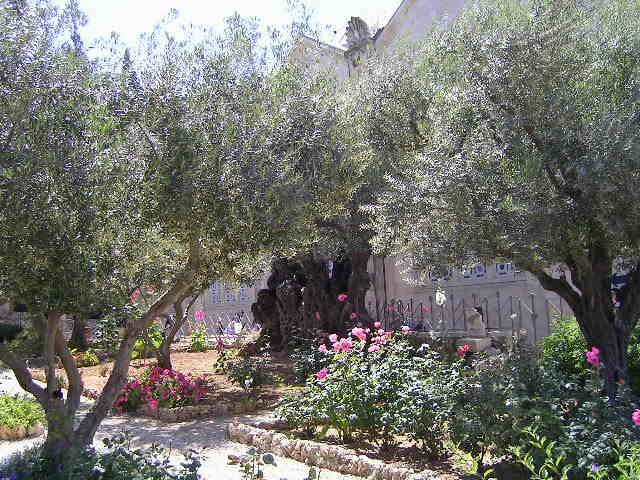 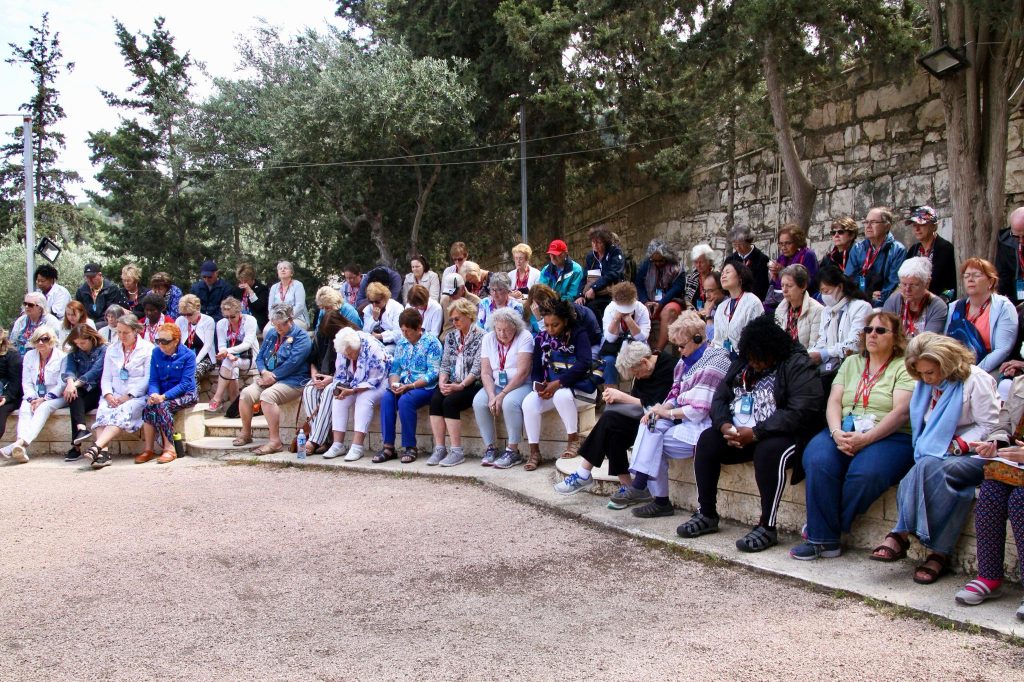 A new walking route this year took us through the Jewish cemetery where we had a close view of the Eastern Gate. 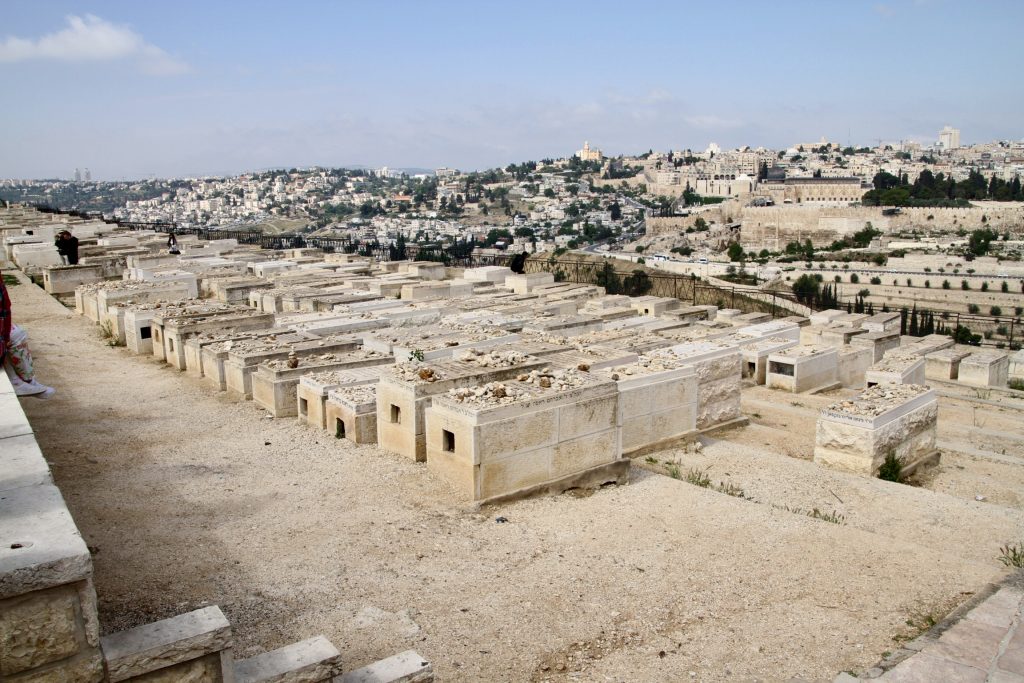 (Below) The Muslims, knowing of the prophecy that the Messiah would return through the Eastern Gate, sealed the Gates and built a cemetery to prevent His return. 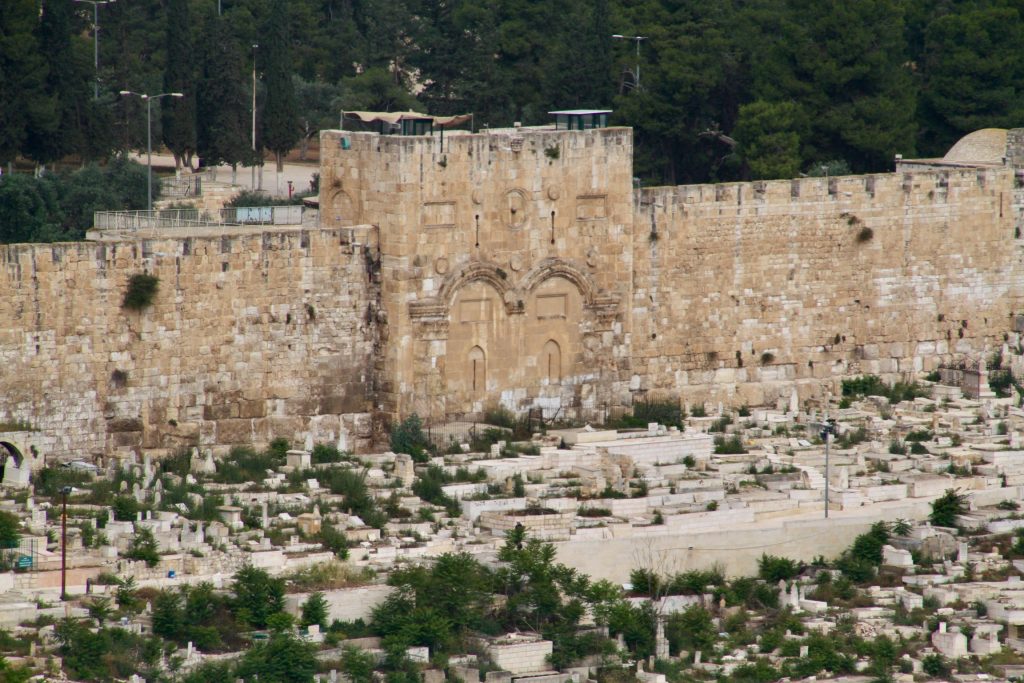 From there we walked to the Lions Gate where in 1967, during the Six-Day War, the IDF liberated the Old City from the Jordanians. Jerusalem became the undivided capital of the Jewish State. The Western Wall was restored to the Jewish people for the first time in 2,500 years.

Church of Saint Anne All three buses had a time of worship in St Anne’s Church known for its incredible acoustics. A priest addressed the group, noting that the church was built in 1140 and was named after Mary’s mother.

VIDEO: Adjacent to the church is the pool of Bethesda. Around the original pool were porticos surrounding the 4 sides, with a 5th dividing the area into 2 baths. It was here that Jesus healed the man who had been paralyzed for 38 years.

This photo shows the depth of the pool.

We visited the Upper Room and had a wonderful time of worship there. 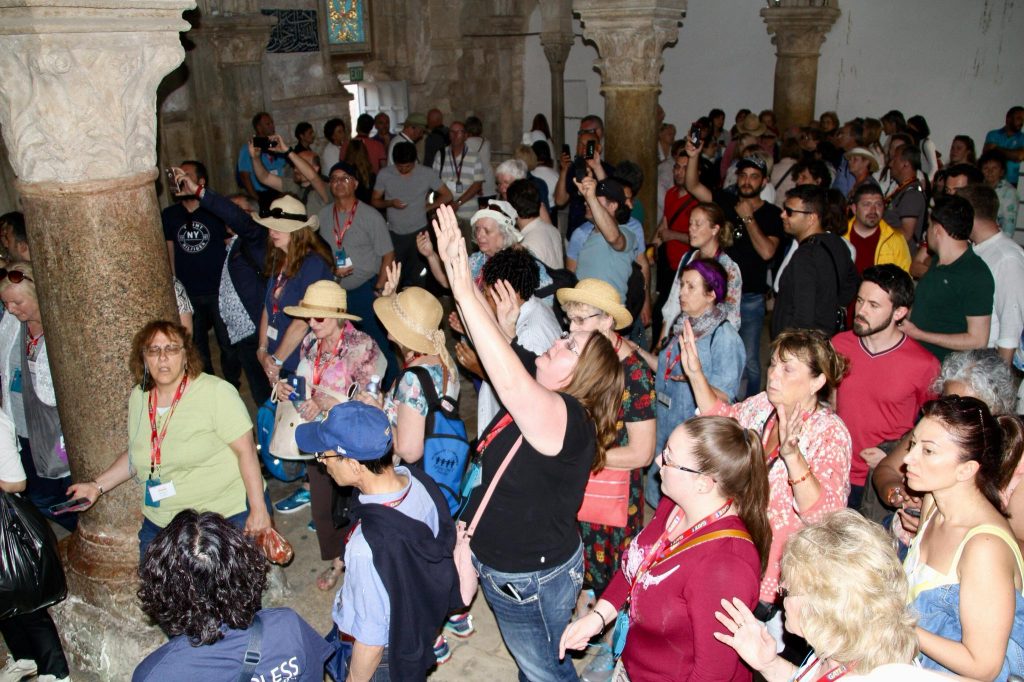 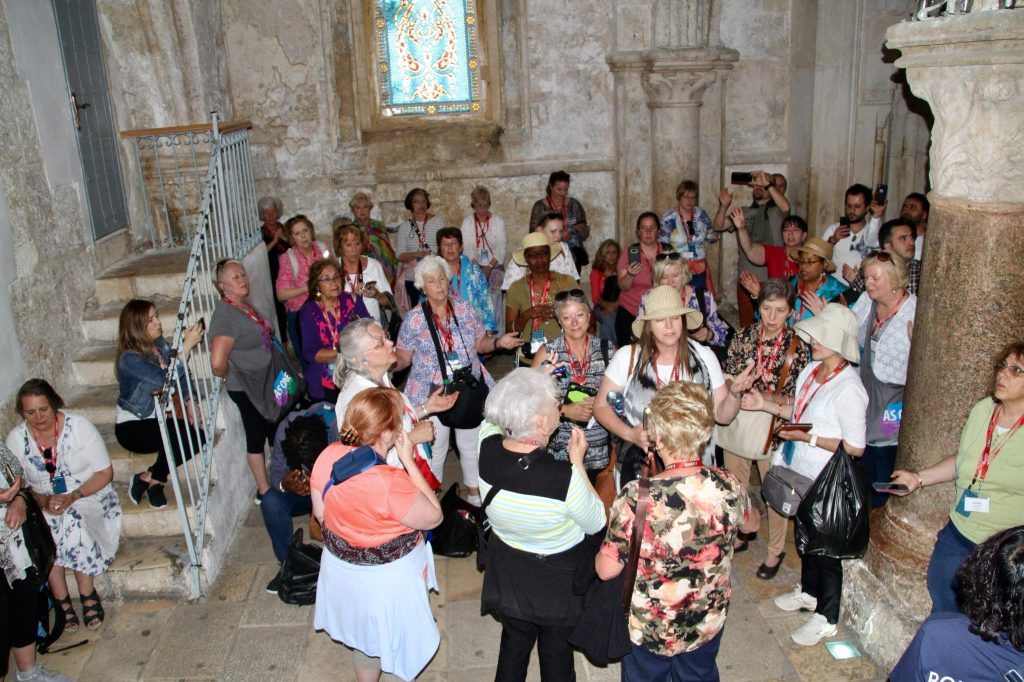 We had free time to walk through the Christian Quarter of the Old City. 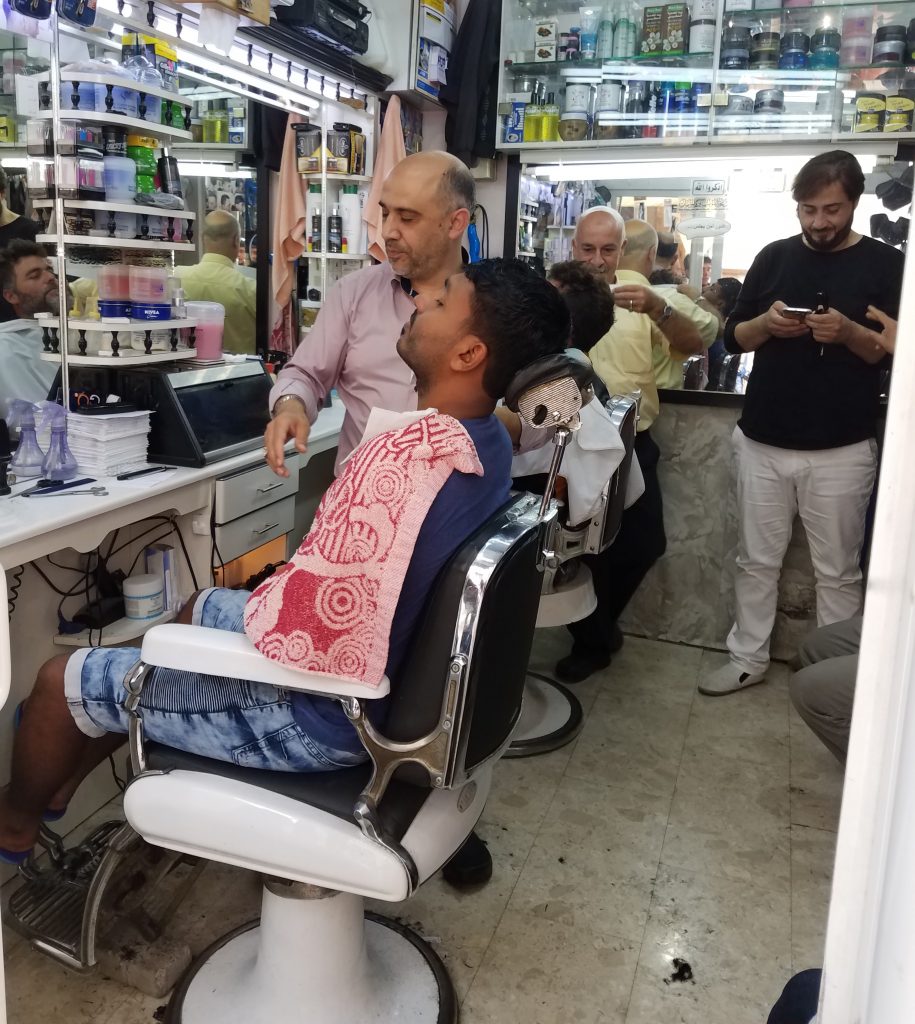 Church of the Holy Sepulchre

In spite of unprecedented, massive crowds, some were able to visit the traditional site of the crucifixion and burial site of Jesus.

Under an 1852 mandate, the care of the Church of the Holy Sepulchre is shared by no less than six Christian denominations: the Greek Orthodox, Armenian Apostolic, Roman Catholic, Coptic, Ethiopian, and Syriac Orthodox churches. A small section of the roof is disputed between the Copts and Ethiopians. The “immovable ladder” is a centuries-old symbol of this extreme territoriality. During the early 1800s, a man belonging to an unknown sect placed the ladder on a ledge against an exterior second-floor wall of the church. Due to the imposition of the status quo and the fear of inciting violence, no one has dared touch it since. 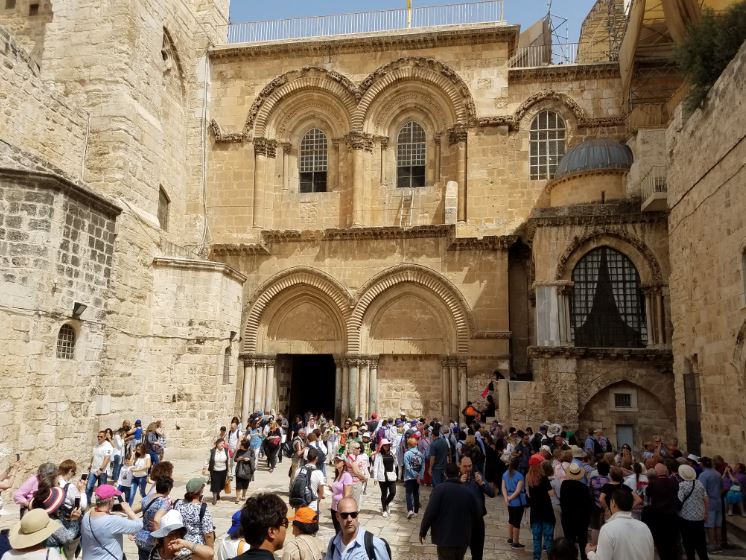 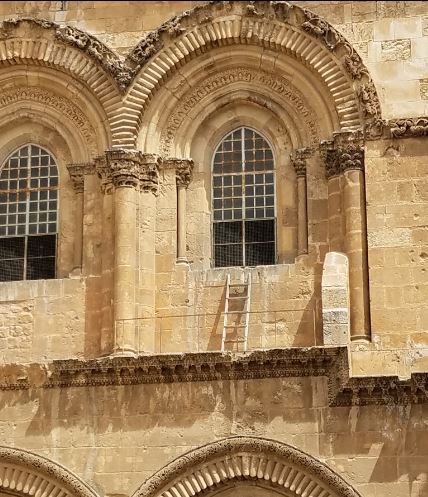